Sales of new and previously owned homes were lower in April after reaching near-record levels in March. Mortgage rates were lower last week and new jobless claims were little changed.

New home sales were lower in April after moving higher in March. The Commerce Department revised March figures for new home sales to 642,000 sales on a seasonally-adjusted annual basis. April sales of new homes fell by 11.40 percent to 569,000 new home sales, which fell shy of 605,000 expected sales in April. Sales of new homes reported by the government are based on small samples and are frequently revised, so a month-to-month readings are subject to change. New home sales were 11 percent higher for the first four months of 2017 than for the same period in 2016.

Home prices are showing signs of cooling; the median price for a new home fell to $309,000 in April as compared to $318,700 in March. Lower prices increase affordability and may encourage more buyers into the market. In March, there was a 4.9 percent supply of available homes as compared to April’s 5.70 months inventory. Real estate pros typically consider a 6- month supply of available homes a good balance between homes available and prospective buyers. 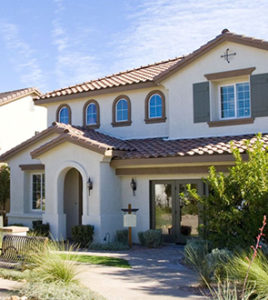 By the way, our Search Tool will help you find and locate properties of interest all over Northern Virginia.

Kathy is always available to help you with your home search and home sale!

Suffering in a ‘Low Inventory’ Real Estate Market? 3 Helpful Tips for Finding a Home to Buy

Did You Know: With a Little DIY Work, That Garage Can Be Used for More Than Just Your Car