The national unemployment rate held steady at 4.90 percent against expectations of 4.80 percent and June’s reading of 4.90 percent. Analysts said that this reading was better than it appeared due to more people joining the work force in July. 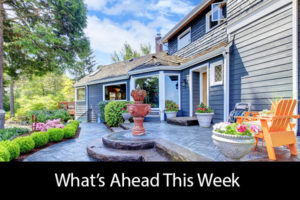 By the way, our Search Tool will help you find and locate properties of interest all over Northern Virginia.

Kathy is always available to help you with your home search and home sale!

Leveraging LPMI: The Pros and Cons of Lender-Paid Mortgage Insurance